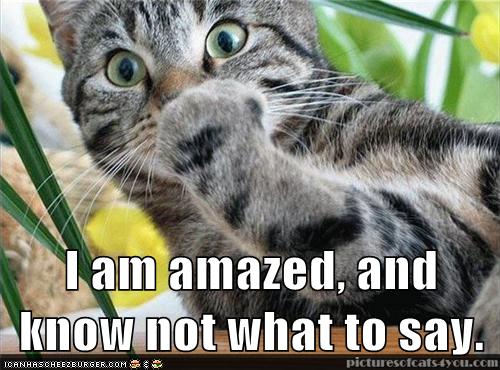 “No one reads anymore.”

No writer likes hearing that. I’ll be blunt: that statement is offensive and devalues what we do for a living and who we are as humans.

Recently I was in a meet-n-greet meeting with a new colleague. Guess what I heard this person say (to me, a copywriter).

“No one reads anymore.”

All I could say in response was, “gee…thanks” to alleviate the awkward moment with humor. Everyone laughed, but still…not what I, the copywriter, want to hear, especially from a new colleague with whom I’d be working to, well, write stuff.

So, how can we respond? First, let’s understand the misconception. Because empathy is a good place. And because I wanted to know what’s behind the massive misapprehension and did lots of research I’m not about to waste.

I will, however, insert cat memes where appropriate because there’s actual research in this post and while I find it fascinating, cat memes are universal.

Let’s start by looking at it from some obvious angle in that most people equate reading with books. I’ll examine this issue from a copywriting perspective in my next post on the topic.

For now, this one favors all you creative writers out there.

Despite their headlines, news articles such as Bookstores Sales Declined in 2017 and Bookstore Sales Decline (both Forbes, both by Ellen Duffer) state that bookstore sales fluctuate. Like any industry, some years are better than others. Yes, some years see fewer sales in bookstores.

Over the past several years, those have been attributed to Amazon. Even I’ve become a big fan of Book Depository because books are cheaper and I can buy British editions I can’t get here in the U.S.

On the other hand, some independent bookstores in general are seeing a resurgence.

All that to say, people may not go to brick-and-mortar bookstores as often, but they’re still buying books online.

And if people are still buying books, they’re still reading.

Borrowing is the new black

A.W. Geiger’s June 2017 article Millennials are the most likely generation of Americans to use public libraries for the Pew Research Center made a big point for our “We do, too, read” argument. Millennials.

Personally, I think it’s because so many (not all, but many) millennials are frugally-minded, underpaid, loaded with debt…and new books are still expensive.

So, while book sales may be in decline, book borrowing is on the rise.

And that means people are still reading.

The decline in leisure reading was studied, recorded and reported by smart, data-collecting people for American Time Uses Survey Summary. (Christopher Ingraham goes into more detail about the findings in his article for The Washington Post, Leisure reading in the U.S. is at an all-time low if you’re curious.)

To be honest, I’ve worked in marketing too long to take most studies at face value because too many factors can affect any study. Having a certain level of skepticism is necessary when looking at any study, no matter who conducted it or for what reason.

What I want to know is:

Of course there’s a decline in reading for fun. We’re busy.

When TV first became a big deal, it affected leisure reading. Back then, it only had three channels and no remote.

Plus, smartphones, tablets, computers, video games and all the crap that fits on those devices to keep us entertained at all times. 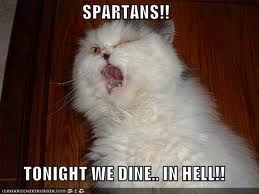 On top of all of that, we work longer, more flexible hours. And we’re under constant pressure to:

The list goes on. You get the idea. We’re busy. So yes, reading for fun can take a backseat sometimes.

But that does not mean people aren’t reading anymore. They just also have to carve out time for other priorities and they do what they can. But they’re still reading, and for many, it’s the only escape they have.

Now that we understand what’s behind “no one reads anymore,” here’s how to answer. 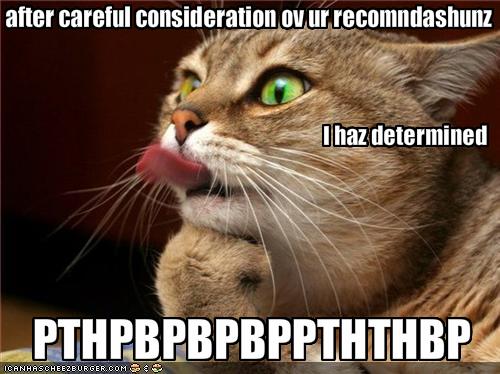 Okay, maybe not exactly like the kitty above, but close.

“No one reads anymore” is too absolute of a statement, like “never” and “always.” If truly no one read anymore, there’d be no more blogs, advertisements, books, websites, magazines, e-readers, style guides, news sites, news aggregators…or really, any alphabet at all.

People may not read like they used to, but they still read. They just have different reading habits. As in different types of media, different amounts of time. Also, while printed book sales may have declined, audio and ebook sales have grown and, with that, given printed books a boost. Audiobooks in particular, which many people don’t count as “reading,” have given people access to stories in a mobile format.

I found the study, Audiobooks in the U.S. – Statistics & Facts, published on Statistica that states:

One medium that bridges the gap between the traditional book market and new forms of technology is the audiobook. Sales revenues have soared in this area, more than doubling between 2010 and 2016. This growing demand for audiobooks can be seen in the fact that the number of audiobook titles published in the United States has grown from approximately 6,200 to over 50,00 in the same time frame.

And yes, I previously stated that I don’t take studies at face value, but let’s face, this helps me make my argument, so I’m rolling with it. It’s my blog; I can do that.

Besides, clearly, whomever started this rumor of no one reading anymore never tried reading in public.

I carry a book with me everywhere I go and rarely have an outing during which I get to read undisturbed because at least one other person asks me about what I’m reading. Bookworms are hardly lonely, especially when we’re trying to read.

So yes, people do so read anymore. And we’re loving it.

I’d love to know your thoughts on this topic. And your usual response. Share in the comments.
Yours, Ducky