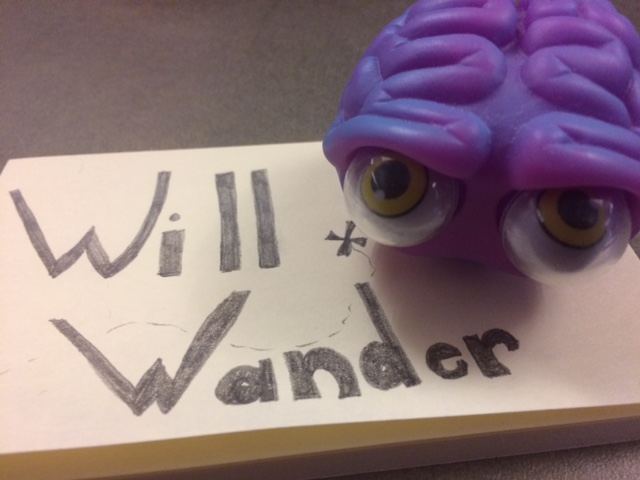 I was an art student in college. I graduated with a degree in applied design and visual arts. Became a graphic designer and web designer. I sketched a lot.

Not so much now that I’m a writer. So far, I’ve spent much of my copywriting career working alongside designers, and I’ve seen them constantly sketching. During meetings, in brainstorming sessions, at their desks—their pens and pencils skim over whatever’s handy with a steady rhythm. And in just a few minutes, they can sketch some amazing stuff.

But I rarely see fellow writers tapping out snippets of writing in the same way. We may write down ideas in little notebooks, but we let a few minutes here and there pass without second thought.

Last week, I was five minutes early for a meeting. So I followed their example and jotted down random phrases that popped in my head.

The results themselves were terrible but worth it.

The sailor sailed across the ocean and over the side. The world needs bumpers.

Your financial future is in your hands – squeeze carefully

Feel the mayo running down your chin? You just took a bite outta of the big san’which.

A beer is only as good as what’s in it.

Have you hugged your cactus today?

Complete drivel. But quality catchphrases weren’t the point. My mind felt stretched, like a house cat waking from a nap.

Unlike designers, writers often wait until we feel like we have time to write something substantial before we sit down to practice. Most writers I know carry a notebook to jot down whatever nuggets their muse sends their way. Great, but we’re still waiting for inspiration to strike before we really get down to it.

Five minutes may not sound like much. But what if we could turn that into a habit that builds our skills and helps release us from a persisting pursuit of total perfection?

A new approach to free writing

Instead of telling yourself that you don’t have time to come up anything good, ask yourself what you can come up with in five minutes. Or ten. Or while you’re standing in line at the DMV, in which case who knows how much time you have.

Don’t feel like you have to write down full sentences. Single words, word combinations and even writing out sound effects can help loosen up your writer’s muscles.

Just like most of what’s in an artist’s sketchbook, most of what you come up with won’t see the light of day. It doesn’t have to be brilliant. They’re just exercises. Play a little. Nuts to that—play a lot.

Sometimes brilliant lines show up when you least expect them. Think about it: we can spend three days on a piece and still think it stinks. Who says we can’t throw down some shiny words in a few minutes?

Artists keep their skills sharp with quick, two-minute sketches. And since it’s a well-known writing practice to compose in your head before you even sit down, jotting down what you can in five minutes or so isn’t that much of a stretch.