Inside my head, there lives a little hamster. Her name? Hortense. What does she do? She’s the source of my creativity.

When I woke up this morning, Hortense was tearing it up on her hamster wheel. Churning out ideas faster than a rainbow churns out Skittles.

Confident that she had things well in hand, I went about my morning tasks without writing down the creative gems that she was doling out. And when I finally sat down to write, my mind went blank. So I turned to Hortense for help. And she ignored me.

Why? Because instead of taking care of her, I’d been taking her for granted.
I figured that those ideas would be there when I got around to them.

It doesn’t take much to take the edge off of your creativity. Even if you’re not sold on the idea of having an inner hamster, do any of these sound familiar?

I’ll write it down later.

Actually you’ll probably just get frustrated because you forgot what could have been a brilliant idea. Instead, make a note when inspiration strikes. Even if it’s garbage. It just takes a moment.

I’ll remember it if it’s worth remembering.

Not only will you most likely forget, you’re basically calling the rest of your ideas crap. And if you call enough ideas crap, your hamster will go on strike — just like you do when your internal editor keeps correcting you.

I have to learn as much as I can, as fast as I can.
About everything.
Right now!

If you’re always cramming information down your inner hamster’s throat, it’s going to lose its natural curiosity. Which means you won’t retain as much. And when it’s time for new ideas, your inner hamster won’t know where to start because the poor little thing’s been inundated with so much new data.

Result? A creative funk that’s hard to climb out of.

Instead, take a breather. Learn, absorb, do. Lather, rinse, repeat.

Write! Now!
Be brilliant! Now!
No, that’s not good enough!
What’s wrong with you?!

Who responds well to a taskmaster? Your inner hamster, your creativity, that voice that makes you the writer you are — they’re more delicate than you think. Even the Hoover Dam will break under too much pressure. Ease up a little. Be gentle.

I’m too busy to go outside.
Okay, so I just don’t wanna.

Hortense needs to be walked every day. It clears her head. Gets the blood flowing. Most importantly, it stretches her mental muscles with external stimuli and new experiences— the stuff creativity is made of. You have five or ten minutes. Take ’em.

No apple. More chocolate.
And get me some potato chips while you’re up, would ya?

Last week (planned experiment) I drank nothing but soda. I was cranky and couldn’t focus. This week, I’ve been drinking water. And I think more clearly. And all I changed was my soda to water ratio.

Now, I’m not telling you to morph into a health nut (not that there’s anything wrong with that). But if you’re not getting the nutrition you need, neither is your inner hamster. And your creativity will lose its edge.

Replace some of your guilt-inducing fun food with something the doctor won’t tsk tsk you for. See what happens.

I have to be productive.
Every. Waking. MOMENT!

Yes, some people thrive on a fast feed of constant productivity. But rarely do they focus on one thing all the time. Those who do often burn out. So take five minutes, a day, a week: relax, recharge your batteries.

When I take care of Hortense, she takes care of me. But even if you don’t subscribe to the theory of having an inner hamster, you have a wellspring of creativity. It’s up to you to maintain it.

Photo credit: This drawing of Hortense is a Rubber Ducky original. Powered by Hortense.

14 thoughts on “The Care and Feeding of Your Inner Hamster” 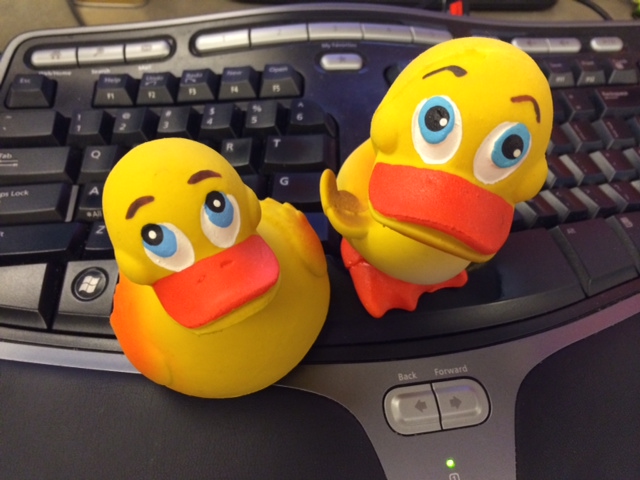 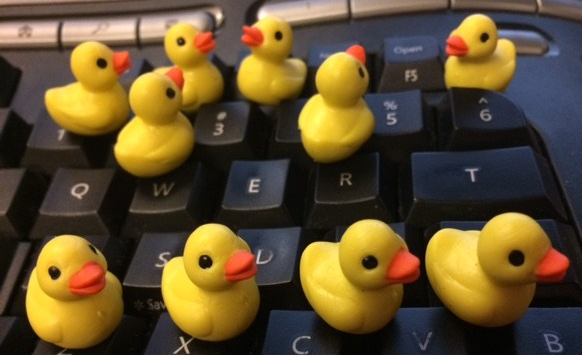